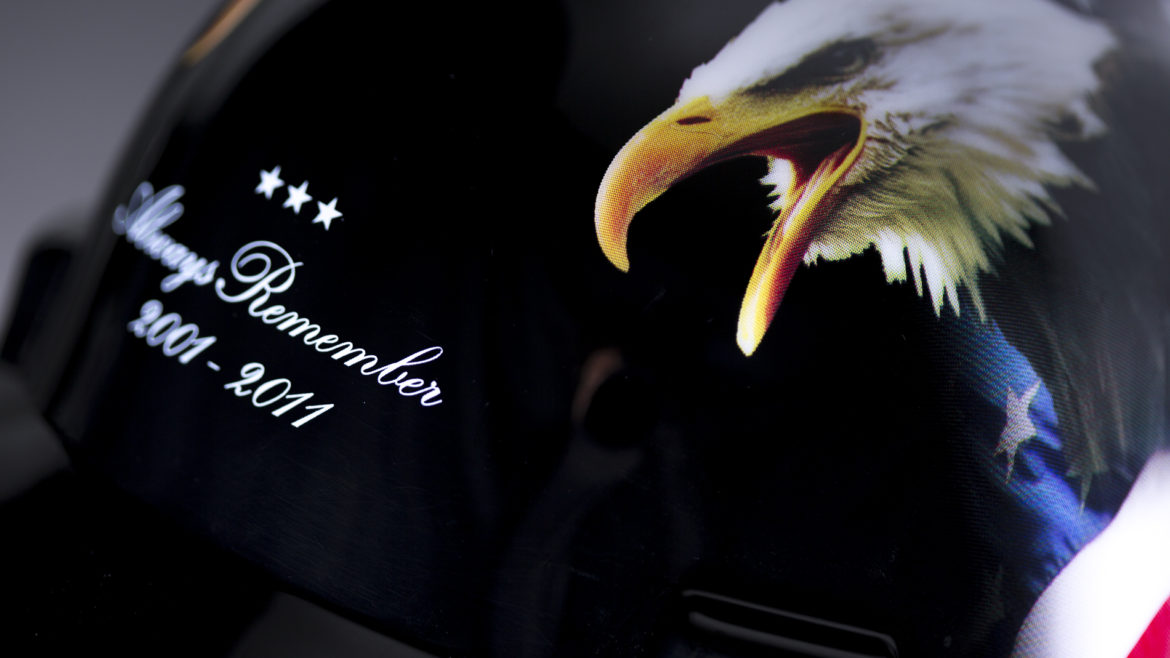 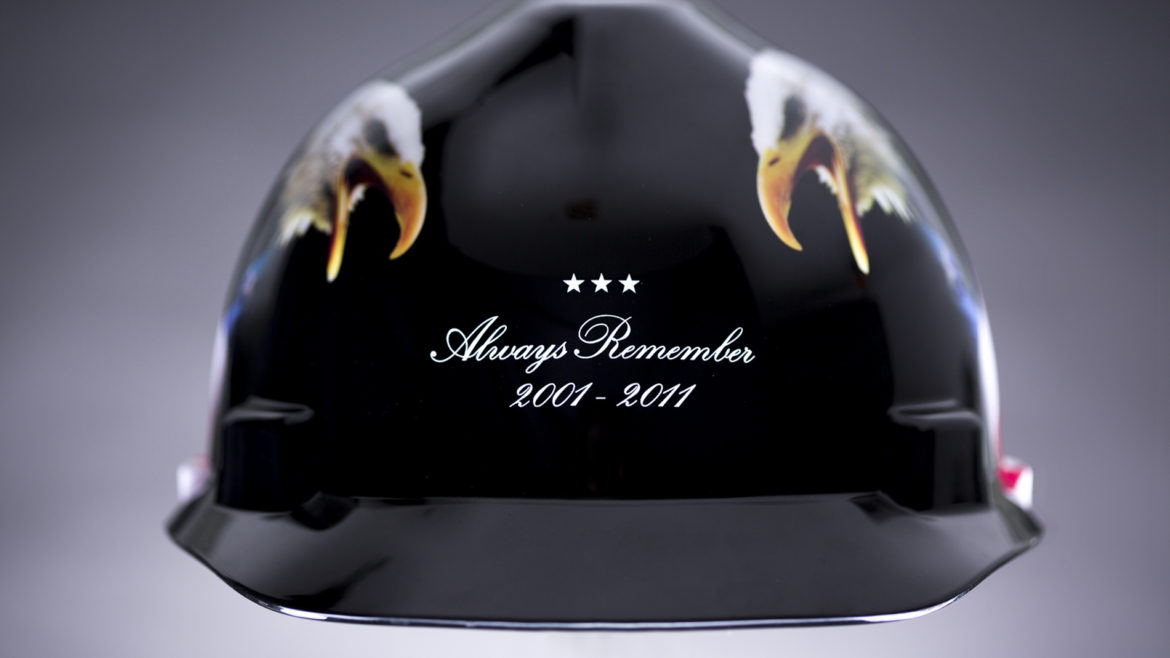 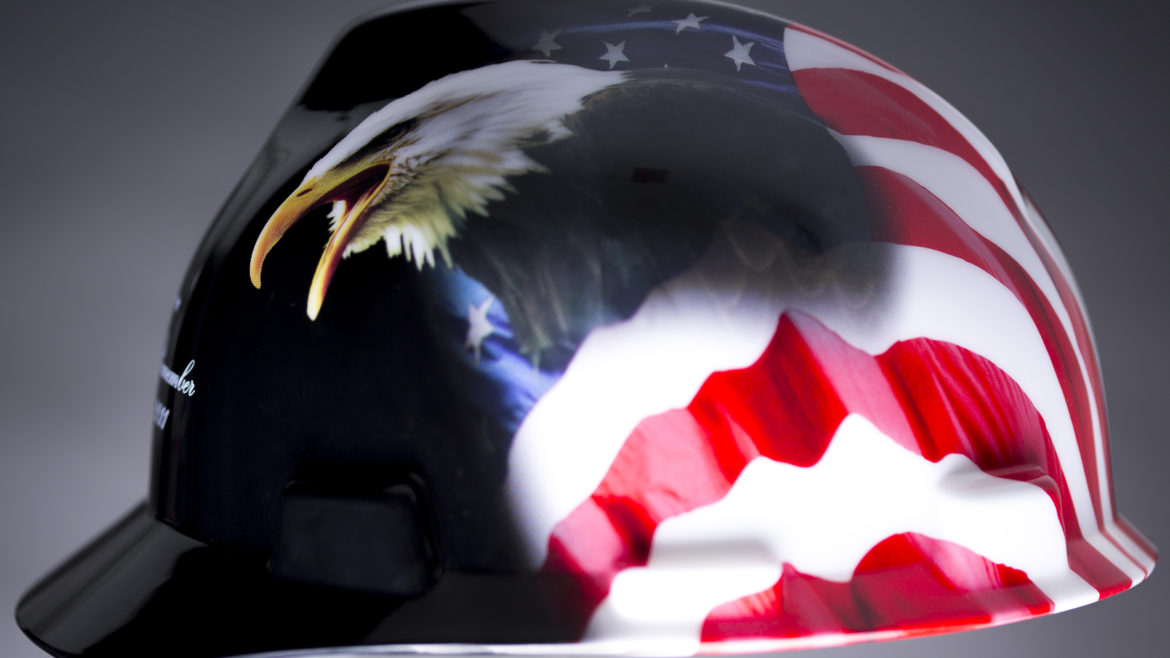 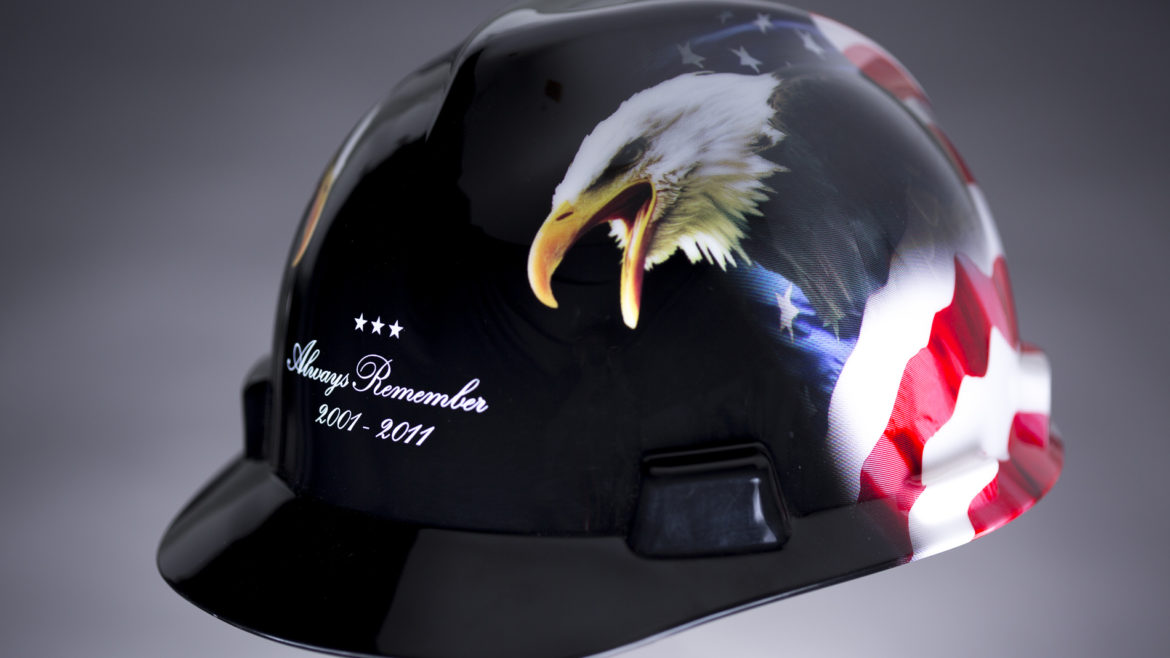 The terrorist attack on September 11, 2001 is something we will never forget. It also represented a turning point for Headstrong Helmets. Following this tragedy, our company created the first ever safety helmet featuring the American flag, a unique design specially made for the American President himself, as a way to show our support. Completed in 2001, it was worn at Ground Zero by none other than Mr. Dick Cheney, the former Vice-President of the United States, as well as by several other members of the American government.

For the inauguration of the National September 11 Memorial and Museum, on the 10th anniversary of the attack on the World Trade Centre, Headstrong created the Always Remember helmet, in memory of the victims of the attack.

Headstrong created this helmet for the inauguration of the National September 11 Memorial and Museum.

Headstrong created this helmet for the inauguration of the National September 11 Memorial and Museum.